To share your memory on the wall of Arthur Woods, sign in using one of the following options:

Artie loved his Queens neighborhood and the friends he made, telling many stories of his boyhood escapades, especially on his paperboy route. He spent his summers with his grandmother, uncles and their families at his grandmother's Putnam Lake house. Artie attended Lasalle Academy High School in NYC, graduating in 1950. At 17, his father, a detective for the NYPD passed on. After graduating high school, he worked for Hickey Freeman suit company assisting the salesman as a size 40 suit model. He continued to patronize Hickey Freeman for decades after, reveling in his employee’s discount and time as a “model”.

After the Army he worked in the construction business, drove a taxi cab in NYC and worked at the security desk at the Empire States Building, before becoming appointed to the New York City Police Department in 1955.

He served the city of New York for 35 years, his ascension through the ranks by competitive examinations to ultimately become a Captain, and then, upon promotion from the commissioner of police, a Deputy Inspector. He served the communities of the 13th Precinct in Astoria, the 61st and 84th Precinct in Brooklyn, as well as Manhattan North Narcotics in Harlem. He ended his career as the borough commander of Brooklyn North. He served with integrity, a true officer of the people.

In his early years on the police force, summer weekends were spent with his close group of friends at rental houses on the Jersey shore. In the summer of 1961 in Manasquan, NJ, he met his future wife, Wilma Lieke, who was vacationing there with friends. They were wed on October 19, 1963, now having spent 57 wonderful years together.

They proceeded to have 3 daughters, Anne Cusack (Michael), Elaine Manganello (David) and Regina De Carlo (Michael), while residing in Middle Village, NY. Artie, a parishioner at St. Margaret’s Church, was a devout Catholic, finding solace in the Rosary and weekly mass with his family.

While working, and raising his family, Artie also earned his Associates and Bachelor degree at Baruch College and John Jay University.

Artie’s other love was the Brooklyn Queens Borough Elks Club #878, where he was found without fail, every Wednesday evening, Saturday and Sunday afternoon to enjoy handball, a swim, a steam and a few beers with his friends. He was a member of this brotherhood for 66 years.

When the girls were young, Wilma and Artie started vacationing on the North Fork of Long Island, purchasing a home in Laurel in 1974. On the small bay beach at the end of Cedar Court, Laurel, many family memories and close and loving friendships were made.

Artie and Wilma both valuing their connections to their friends and family, had so many parties in Queens, celebrating both their children’s and their own milestones and achievements. There are many memories of people squeezed into the kitchen or finding extra seating on the floor of the living room, filling their house in Middle Village with lots of warmth and laughter. Longstanding friendships, from his Jersey Shore days, time on the police force, neighborhood friends, and Cedar Court families have all brought so much love and support into his and his family’s life, even in his last days.

He also had enjoyed love, laughter and connection with his brother-in-law John Long, sister-in-law Ethel Vincenzo, and brother-in-laws, Lou Vincenzo and Artie Lieke, all of whom have predeceased him. He always valued the time that he spent with his nieces Barbara Long and Debby Gedney (Stan and Jack) at family gatherings.

As the girls married, Artie, relished in his newfound sons, Michael Cusack, David Manganello and Michael DeCarlo. He loved playing golf with them, waking them up for very early tee time, and being their guest at steak dinners in NYC.

Once his grandchildren were born, he was smitten, and only in their presence would you see a certain twinkle in his eyes. His grandchildren, Sarah and Grace Cusack, Joseph, Daniel, Nicholas, Gabrielle and Christine Manganello and Samantha, James, and Matthew DeCarlo, have many memories of their grandfather, enjoying and celebrating their every birthday and achievement. He was known to dress up in a toupee and a witch’s nose for Halloween, enjoying just being with these warm and lovely children that he did not have to discipline.

After Artie retired from the NYPD in 1991, he spent much more time golfing, both on the North Fork and in Forest Park, Queens. He and his sister, Joan, would continuously swap golf stories with a little bit of competition. He also had a $10 annual membership of a swim club in Flushing, and could be found daily circle swimming in a lane with 10 other swimmers at the age of 80. He and Wilma took full advantage of their proximity to Juniper Valley Park, sharing a love for walking through the park during every season. Artie also found community and friendship at the paddle ball courts in the park up until his 81st year.

As Artie started to manifest symptoms of Parkinson’s disease, he still continued his daily walks and activity. But seeing that his life was becoming more limited physically, Wilma and Artie found support living within an assisted living Community. Artie always loved meeting new people and hearing their stories and this enabled him to develop many new friendships in his later years.

While living in Westchester, NY he was in closer proximity to his girls and their families, and also became part of another community, the Rock Steady Boxing Program for people with Parkinson’s Disease. His boxing name was “Lefty”! This program brought together individuals of varying ages and backgrounds, together dealing with the shared symptoms of Parkinson’s disease. It was both support group and exercise group. The participants engaged in high impact, high velocity training workouts using boxing principles. It was fun, motivating and challenging, and the group dynamic was just what Artie needed to maintain his physical and mental health.

In June 2019, Wilma and Artie moved to an assisted living in NYC to be with his brother-in-law, Artie Lieke. “The Arties” and Wilma enjoyed walks in River Side Park together and reveling in their Hudson River views.

Artie was always the protector and defender to his loved ones and friends. So often, he would receive a call to assist someone in needing of support. His family, always felt when he was present, there existed a level of safety and stability. His family has continued this legacy of providing support, by their ultimate care of him over the last few years.

Technology had enabled him to stay connected during COVID to his sister, daughters, sons, grandchildren, nieces and friends, allowing him to feel the love and support that he deserved. There is no doubt in our mind, that he was embraced by his parents and all family as he entered the gates of Heaven. He will always be remembered with loving kindness. His values of community, family and faith have left a deep imprint on those that knew him.

The family requests that donations may be made in Artie’s honor to:
Rock Steady Boxing at Belmars (RSB at Belmars)
5 Prospect Ave
White Plains, NY 10607
Read Less

To send flowers to the family or plant a tree in memory of Arthur C Woods, please visit our Heartfelt Sympathies Store.

We encourage you to share your most beloved memories of Arthur here, so that the family and other loved ones can always see it. You can upload cherished photographs, or share your favorite stories, and can even comment on those shared by others.

3 trees were planted in the memory of Arthur Woods

Posted Nov 24, 2020 at 08:07am
Dear Regina and Family, our thoughts and prayers are with you during this very difficult time. 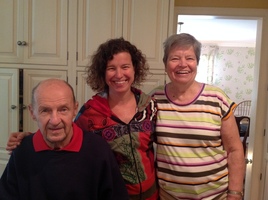 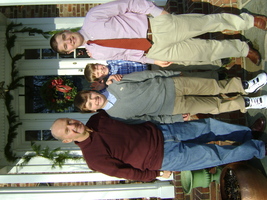 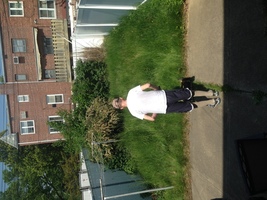 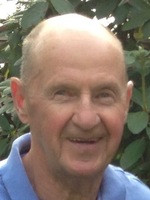