To share your memory on the wall of Kyriakos Cholakis, sign in using one of the following options:

In Rockaway, Gary spent his formative years enjoying the beaches and graduating from Far
Rockaway High School. He had a passion for history and philosophy leading him to pursue his studies of
philosophy at Columbia University. Gary would talk about his memories of riding the Long Island
Railroad to get from Rockaway to Columbia University.
As a young person, his curiosity moved him west to San Francisco where he invited the love of his
life, Jean Falcetti to join him. He shared how she was the most beautiful woman he ever saw when she
arrived with red hair to be by his side. They wed in 1959 and eventually celebrated over 60 years of
marriage.

Together Gary and Jean returned to New York. He continued as a proud entrepreneur,
owning/operating several restaurants with his father and eventually his son. They had three children
who Gary loved and cared for dearly.

Throughout his life Gary enjoyed smoking cigars, and reading and discussing topics on religion,
literature, politics and philosophy. Most of all he enjoyed eating a good-old-fashioned apple pie.
During retirement Gary cherished his travels to his family’s homeland. There he enjoyed time with
extended family and immersion in the Greek language. Traveling to the hills outside of Sparta and
seeing the house his father was born in, was a heartfelt experience for him.
In retirement, Gary spent time with family, friends, and neighbors. He made daily walks to his local
senior center for lunch and afternoon socializing. During the pandemic, his front porch became a haven
where he enjoyed the outdoors and talking to people passing.

Gary was a deep thinker, who was dignified with strength to overcome any challenges life threw his
way. Gary is survived by his loving wife Jean, and three children: his devoted son Alexander (Gus)
Cholakis, caring daughters Sophia Hunter (Husband William), and Stephanie Pate (Husband Frank), as
well as by three wonderful grandchildren (Erica, Louis, and Phillip).

Services will be held at Hillebrand Funeral Home at 63-17 Woodhaven Boulevard in Rego Park on March
25th at 10:30 am. The family is requesting in lieu of flowers, donations be made to the Hearing Health
Foundation for Hearing Research at https://hearinghealthfoundation.org. Online condolences may be
offered at https:// hillebrandfuneralhomes.com.
Read Less

To send flowers to the family or plant a tree in memory of Kyriakos Gary Cholakis, please visit our Heartfelt Sympathies Store.

We encourage you to share your most beloved memories of Kyriakos here, so that the family and other loved ones can always see it. You can upload cherished photographs, or share your favorite stories, and can even comment on those shared by others.


Thank you Sophia Hunter for your generous donation!
You have made this gift in memory of Kyriakos Gary Cholakis. A letter of acknowledgement will be sent on your behalf to Jean Cholakis
Due to your generosity, we are able to make progress toward the research breakthroughs and awareness that will be life-changing for so many people living with hearing and balance conditions. You help us do great work.

If you have any questions or suggestions I would be happy to hear from you.

My deepest thanks for your support. 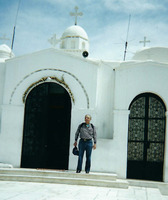 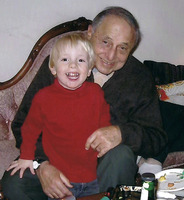